We have a variety of different holiday properties on our books with something to suit most tastes and requirements. More information .....

View information about Lochcarron, including local amenities and a Google Map. More information .....

Information about places to visit and things to see and do during your stay in the Lochcarron area. More information ..... 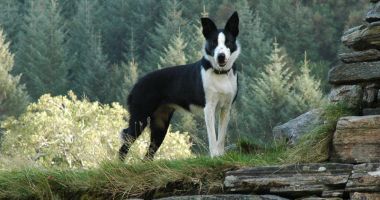 Well behaved dogs are welcome in all our properties by prior arrangement. We do not make an additional charge for dogs but would request that guests ensure their dog is kept under reasonable and appropriate control at all times.

A free Wi-Fi Internet connection is provided for the use of guests in all properties. 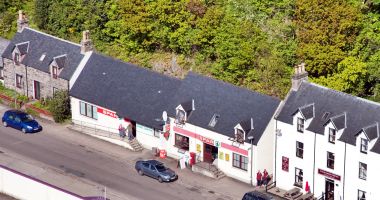 If you have booked a stay in one of our cottages in or close to Lochcarron village, our local Spar shop can deliver an initial supply of groceries and provisions at the beginning of your holiday. Obtain an order form .....

Nestling at the head of a deep sea loch, between the spectacular Torridon and Kintail mountain ranges, Lochcarron is an excellent centre from which to explore some of the most beautiful and romantic scenery in the Highlands of Scotland.

Lochcarron is situated on the West Coast of the Scottish Highlands, some 63 miles due west of Inverness, the Capital of the Highlands. It is reputed to be the longest village in Scotland and stretches out for a distance of 2 miles or more along the north shore of Loch Carron, from which it derives its name. In days gone by, however, the village was known as Janetown and then Jeantown.

There are now several routes by which it is possible to travel to Lochcarron (see "How to Find Us"), these including access by rail, but this was not always the case. The development of the village as it is now started in the early 19th century, but it was not until about 1820 that a cart track was constructed to enable access to the east coast. Prior to that, you had to go by sea or scramble over the mountains!

As for access from the south west (i.e. via Fort William), this used to be via a ferry crossing at Strome Ferry (now "no ferry"!) until the 1960's when the "Strome Ferry By-Pass" was constructed along the south shore of Loch Carron.

How to Find Us

N.B. Important: Please use the "+" and "-" buttons to the bottom right-hand corner of the map to zoom in or out. You can, of course, use the "Directions" facility on the map to obtain a route to Lochcarron from your own location.